I took some time last weekend to do the MIDI out mod on the Korg Volca Beats.  It took some research but I had some help from a couple of websites.  It was a lot of fun to make, although it ended up being a little on sloppy side cramping everything back in the unit once I got done. END_OF_DOCUMENT_TOKEN_TO_BE_REPLACED 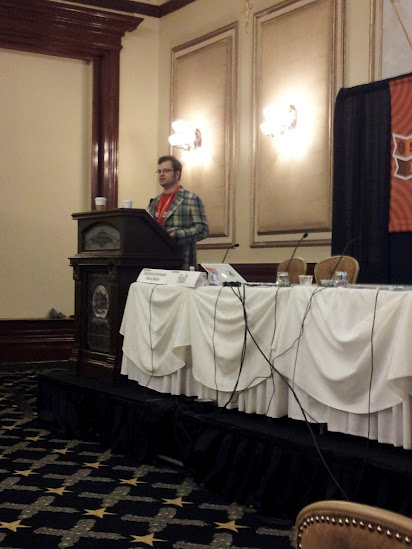 Sunday started out raining but it ended up being a SUNdat fun day. Yeah, puns all over the place. I ran throug some sessions, got some grub and schwag, and shook hands with a real cool. All while it from cold and rainy to warm and sunny. It was like the sun energized the whole crowd. Let’s look at the talks: END_OF_DOCUMENT_TOKEN_TO_BE_REPLACED 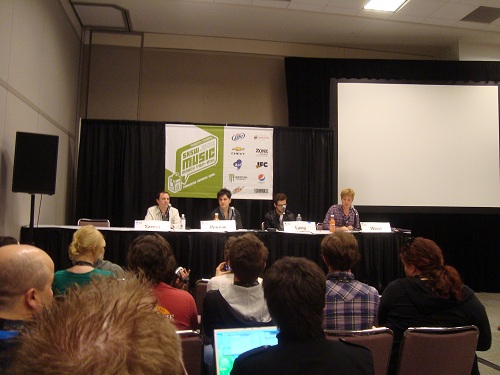 Alrighty, the Interactive portion is done, but I’m still going strong.  Please head on over to Helping Zero Knives Enter You, my music blog, for a roundup of what music I’m checking out for SXSW.  In the meantime, I’ll be blasting the panels I will attend during the day before rocking out at night.

The only panel I made yesterday talked about how people will listen to music in 2020.  Some representatives from SoundCloud and Last.fm were there as well as some other music industry types.  They talked about how streaming is the big uptake now.  They were quick to point out that it will fall in line with a preference rather than a dominating choice.  The question of money came up not only for streaming but also for terrestial radio and it provided for some heated discussion.  I can know see the point of of view for charging radio stations to pay for per play licensing like interent radio.

So that’s about it.  The music yesterday was awesome and I encourage you to check out this blog as well as my music blog to follow along.  Peace!

It’s been quiet the last month or so but I have been active online in another format: Twitter.  So here’s a couple of resources I’ve been using and my thoughts on them.  I grouped the sites by different actions or contexts.  The river is wide in tweet-dom so I need some tool that can help me follow like minded twitters.  Because there’s so many, I also would like to see where I rank among the them.  A couple of utilities would be nice to help manage my Twitter account.  Finally, there’s a growing set of applications for Twitter so I need a place to look up any new apps that might fit in whatever mode I am twittering around.