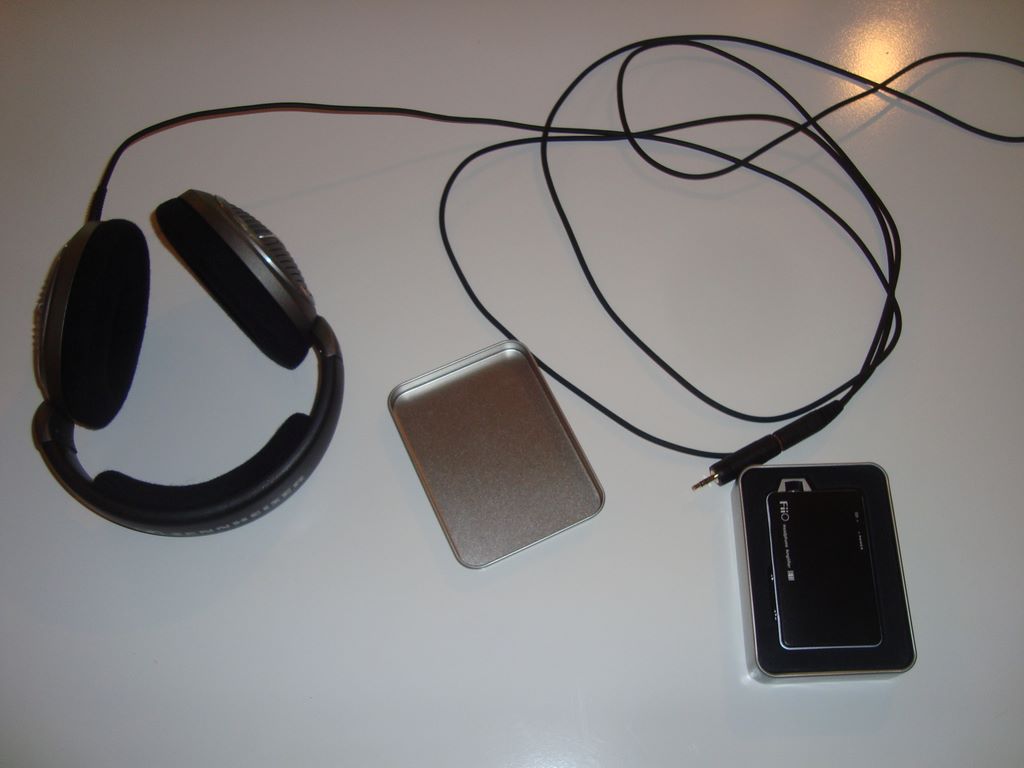 Alright so I figured that if I was going to be locked into rocking my headphone, then it would be a great opportunity to upgrade my ears.  Way back in the day I bought me a pair of Stanton Dj Pro 2000s and it served its purpose for such a long time.  The problem was that the band that held the earphones together cracked and today I have a glued up version of the awesome headphones of yesterday.  Even better still I originally bought it at about 20 bucks off because the store I got it at didn’t have the ones I wanted in stock and gave me this upgrade at the price of mis-stocked headphones.  I needed to get the same kind of great deal. 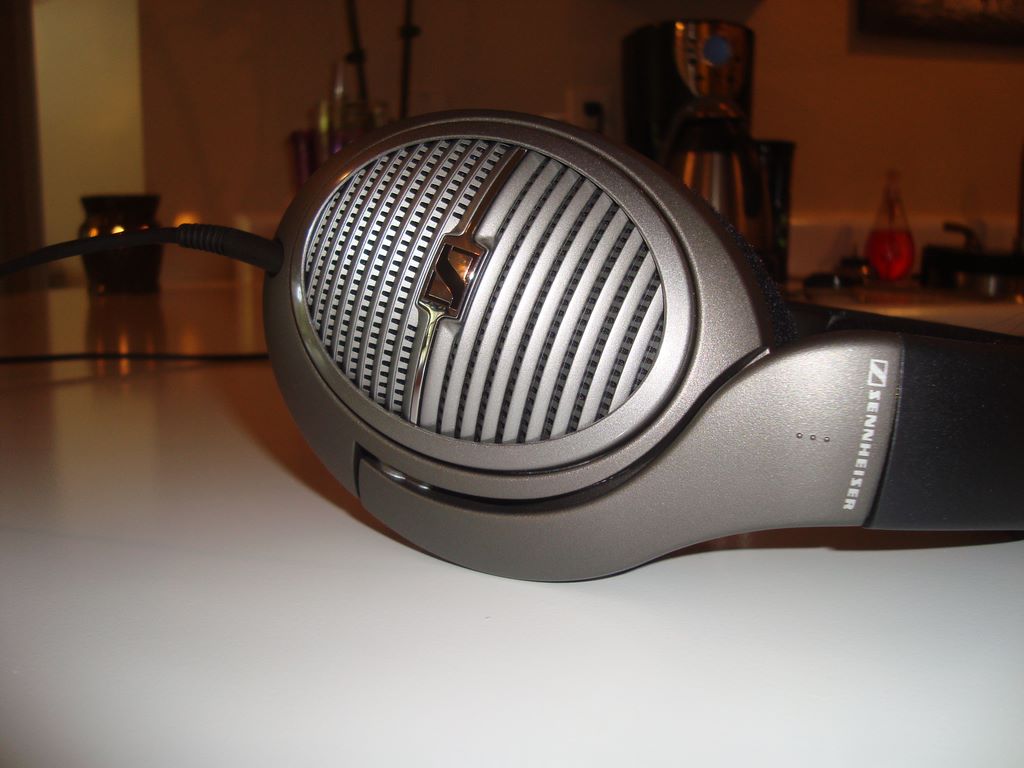 Fast forward to a month ago.  I was awashed in my newfound job and realized it was time to upgrade.  When I got home, I researched the blazes out of entry level audiophile headphones.  I didn’t want to go full out and drop over 4 figures on a pair of headphones.  All I needed was something better and richer than the ear buds I was rotating through like disposable contact lenses.  The great people at HeadRoom Audio built a list of the top 10 headphones of this year and it boiled down to two headphones.  First the Sennheiser HD 518 and some Audio Technica headphones.  My lovely girlfriend notched a wireless set of cans for me from Sennheiser for Xmas a year or two ago so that was the deciding factor.

The Sennheiser HD 518 touts being the audiophile’s entry level dream.  That’s exactly what I wanted.  I’ve been bouncing off of ear buds for a couple of years now.  First because the Stantons were too much to handle and secondly because having some circumaural cans on at the gym stands out to the point of awkwardness.  I slapped these guys on and tranced out the Daft Punk Tron: Legacy soundtrack.  Instantly I found what I was missing with second hand and first hand Apple ear buds.  I got the feeling that the mids, lows, and highs washed out better and were richer than any ear bud could come close to comparing.  That’s expected though, they are higher quality.

I was told that there is a burn in period of about 100 hours for the headphones until it fully realizes its soundtential.  Even with that knowledge it was not enough for me.  The problem I had, and admittedly HeadRoom Audio pointed out, was that for portable audio, the headphones were just not enough.  I had an awesome pair of headphones that could handle way more than the power the iPod Touch was pouring out.  That’s a major problem.  I mean, if I jacked in directly to the computer with my amazingly awesome long cord, then I could have the power to provide the headphones with a range to deliver quality sounds to my ears.  I need the same kind of power but in a portable format. 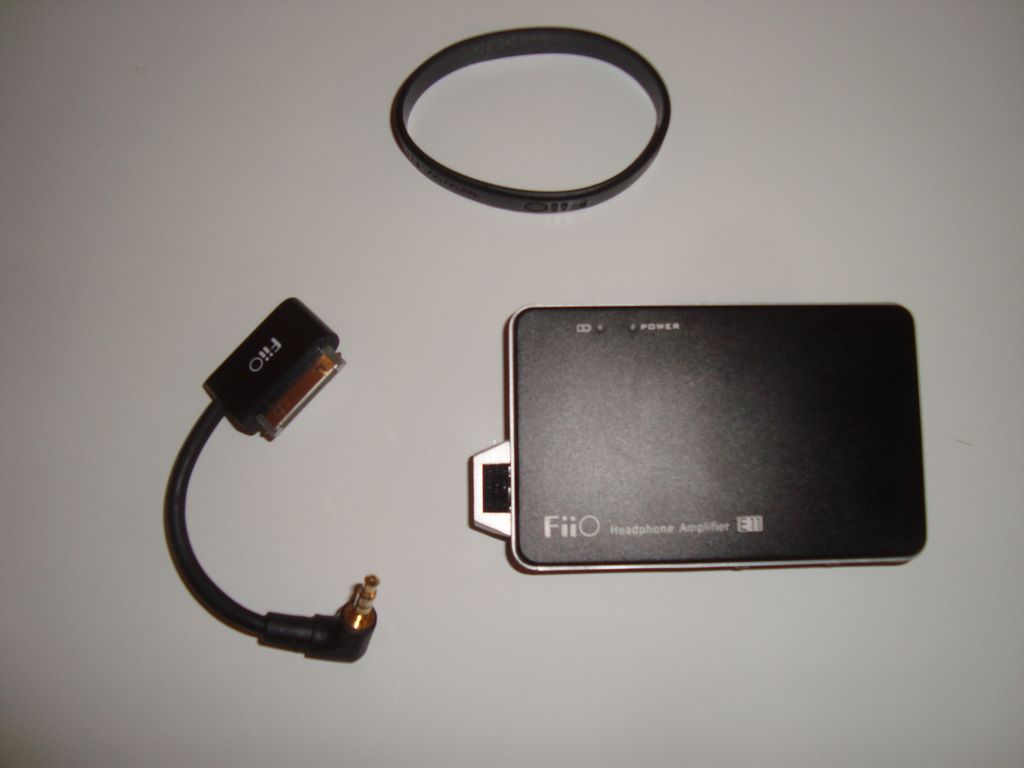 Enter the Fiio E11.  Head-fi.org, as well as other websites, pointed out that headphone amplifiers can be that bridge between lame sound and great sound for the swanky headphones purchased.  I was hesitant at first because most amplifiers were bulky, expensive, and too much for what I needed.  That was until I found out that Fiio was putting out an amplifier that is portable and powerful.  The E11 runs off a USB chargeable Li-On battery and drives a louder sound with adjustable EQ and Gain settings.  Long story short, the E11 was the perfect complement to my Sennheiser HD 518, after getting the cheapo Fiio iOs to audio port bridge connector. 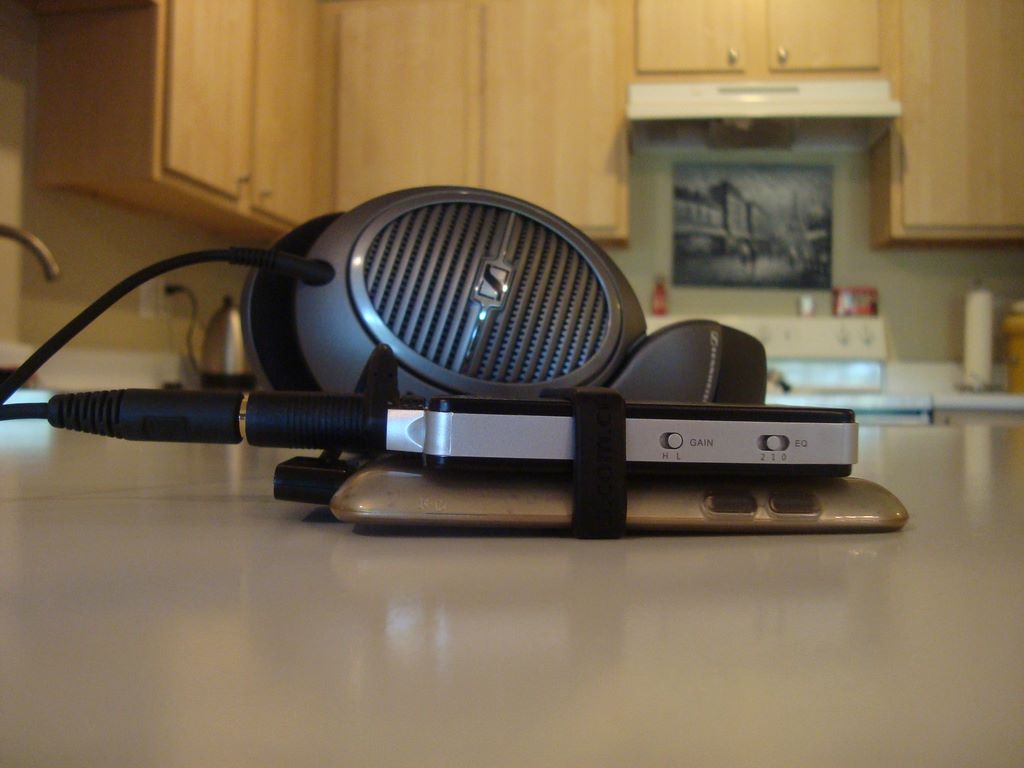 So that’s my rig.  I have the bridge connector outputting my music and podcasts to the E11 and then the sound rolls on through to my 518s.  The sound is at least 10 times better than what I had before with ear buds.  There are a couple of problems, though.  First off, I dumbed off and did not find out tha the 518s are not isolated to outside sound.  What I mean to say is that if I pump it real loud, everyone in the office will hear it.  That wasn’t exactly what I was going for.  That said, the sound is richer no matter the volume so overall it is a better experience.  The only other problem is the setup and teardown time it takes to slap that stuff to my iPod Touch.  It’s a first world problem so it’s no big deal at all. 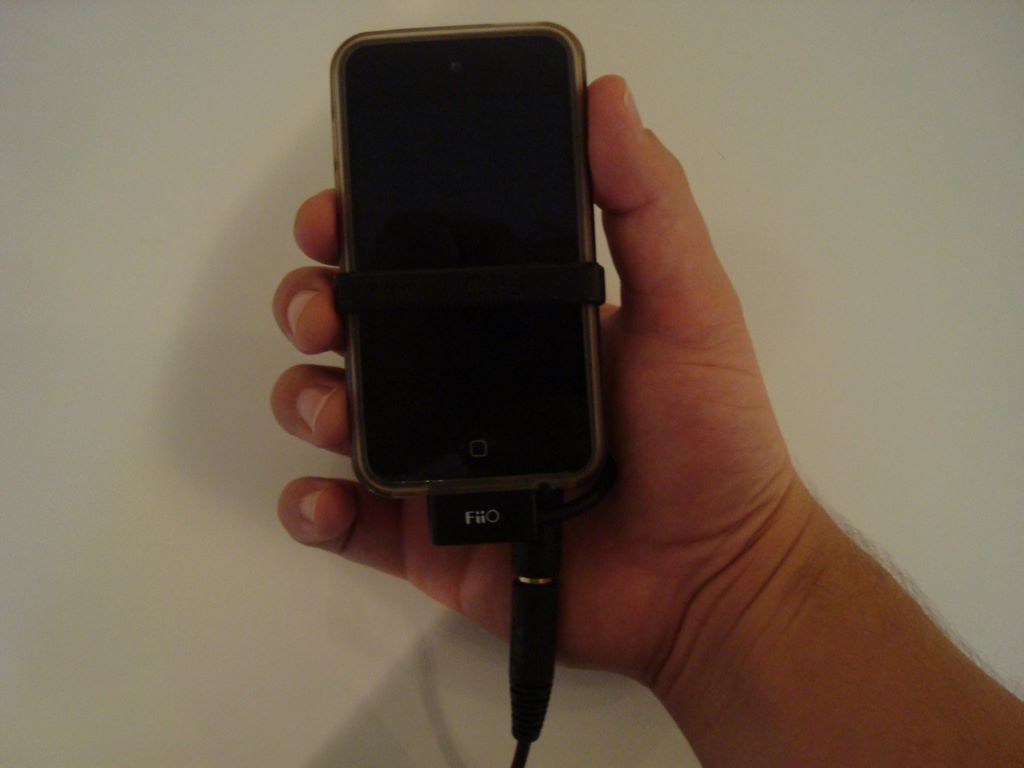 I encourage everyone out there to upgrade their listening experience. When researching this topic, I came across many options that increasingly wanted to take more out of my pocket.  At the end of the day, you just need to spring a little bit more on a pair of headphones.  In my case, I needed an amplifier that was portable and could pump enough juice to make the headphones worthwhile.  Just like I did, you too can get a rig that upgrades your experience  without having to drop over $200.  Seriously, Beats By Dre and the like use name recognition for price than anything else.