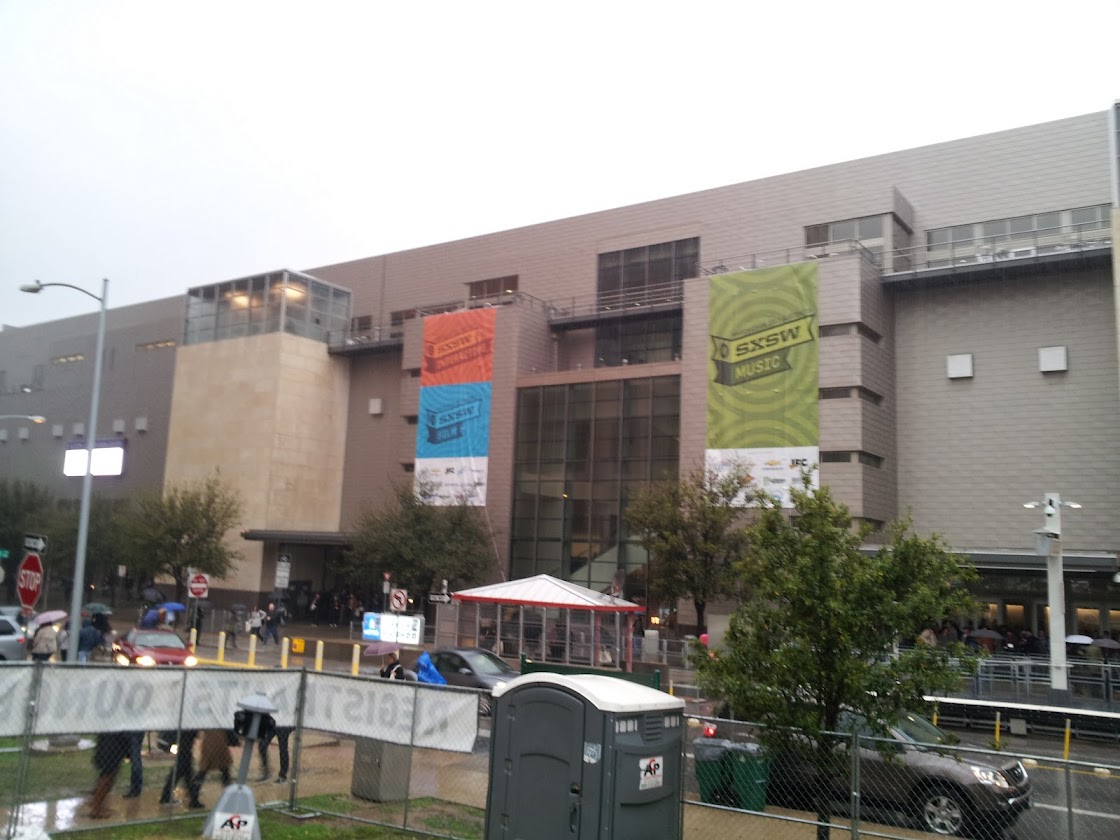 Okay so I mentioned earlier that this year will be a little different.  I was expecting it to be different on the fact that I was living in town, but I did not expect it to be different because of the weather.  Jinkies, that kicked my ass.  It also made me double think about the local transit system here in the city.  Nevertheless, I defeated that adversity and recovered rather nicely for the first day of SXSW 2012.Yeah the rain was brutal.  So much in fact that I got in a little fender bender trying to get home before the event.  I made fun of the locals for being rain weak and now I get to be labelled that.  It still wasn’t as bad as the local bus service.  We stood in the rain and watched the scheduled bus drive by because they were out of service.  Butt rain wet later, we ended up on a bus that took us downtown.  It was brutal.

But we made it.  So because of the mishap of weather, I missed the first session.  That’s okay.  Nothing really floated my boat and I had the opportunity to see how crazy it was line wise.  Yup, the line to get the badge and your bag schwag looped the Austin Convention Center at least once.  I’m glad I got it the night before.  Kelly and I warmed up to some Jo’s Hot Coffee while we scurried off to our sessions.

The first session had to do with touch design.  The guy on stage did a great job of pointing out how we were used to the conventions of shortcuts in design and how we needed to break free from that and design more toward a natural extension of use.  The example he gave as a no-no were buttons.  He said that buttons were a hack, including light switches and the like.  He said that it was utility to get to what we really wanted.  Then he went over how swiping and gestures were the best next step in interactive design.  Great stuff.

Next up was the venerable Robert Scoble and some guy named Cooper who talked about how software architecture has changed from 30 years ago to today.  At first it seemed like an old codger complaining, but then they touched upon patterns that kept creeping back up.  The best example that I could explain was the adage of the old battleship and how hard it was to steer in terms on change for a company. Some of the items hit close to home but it was thought provoking nonetheless.  The takeaway for me is if you are not thinking about the right customer and how design for that, you will fail.

Okay, great.  The panels were tasty, but how about them parties?  We made it to the Mix at Six and it was food filled and Stell Artois’ed.  Next up after that was the TechSet party at The Parish.  I waited in line longer than I was there but the lady bartender there hooked me up with some real drinks as opposed to the dude bartenders.  I might’ve seen a grade school friend there too.  Lastly, it was the Social Ignite party at Molotov.  I found out that some of the place vibrates weird.  I didn’t get a chance to tweet that but it was great anyway.

The buses came through for us in the end and we made it home safe.  For such a terrible start to the day, I was happy that we finished strong for the night.  Tomorrow I will focus some hardnuckled workshops.  Hopefully the rain will die down.  Regardless, I’m glad it can only get better from here.  The first real part of the conference sucked.  Once we got settled in, it felt like home.