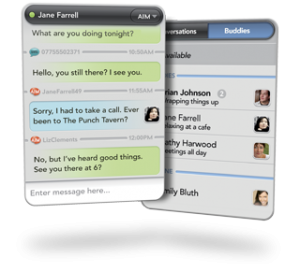 When the Palm Pre came out, I seriously thought it was the perfect antithesis to the iPhone. Built on top of Linux and advertising web development like programming, the Palm Pre along with webOS was a perfect match for me and my skills. I got the Pre and signed up as a developer on Palm’s website. I was even at the Developer Day and picked up a free webOS programming book. All was great within the first few months of my Pre.

But things changed. The first to go was the USB charger door. The construction for the Pre’s shell was plastic and came off how it felt, cheap. When I opened the phone up, I could fell the top part jiggle. After finishing year one of my Pre ownership, the USB port jiggled and would not charge at all anymore. What was Sprint’s answer? Charge me $100 bucks to get it replaced. So I had to drop and extra Benjamin Franklin because the build quality was so poor.

I think that’s why the application development fell through for the Pre.  Granted the guys at WebOS Internals are doing a great job keeping the homebrew side of things up, but let’s face it:  application development was completely weak for the Palm Pre.  Everyone keeps saying the webOS platform is a beautiful and elegant operating system, but the lack of great support from Palm kept the number of apps down.  Okay, so Palm didn’t have the cash and they were releasing both a new operating system and a piece of hardware.  But the hardware crippled webOS’s success.

So Palm had no cash.  That meant buyers!  HP swooped in a picked Palm after a bidding war.  We were promised great things and HP doubling down on the webOS platform.  Welp, a couple of weeks ago, HP announced the fruits of their labor.  A Veer, Pre 3, and the vaunted TouchPad showed its face with an availability of this summer.  Am I going to buy one?  I don’t know yet.  From what I saw on the specs it seems like HP is pushing the limit with hardware.  I have to play with the actual devices before I make my decision again.

There is one thing that may convince me sooner.   During HP’s presentation, they teased that webOS will be available on PCs.  What does this mean?  The elegant operating system will have a chance to grow.  That’s fine and dandy but what gets me all excited will be Synergy.  Synergy was Palm’s and now HP’s all in one contact management system.  Throughout my whole use of the Pre, I came away most impressed with Synergy.  It was easy to merge, update, and release contacts.  Easier than any other contact manager I’ve used and any platform.

If HP decouples Synergy and allows me to manage the information either in the cloud or on another platform,  I would stick with webOS.  If they just keep it locked within webOS, I’ll have to shop around for another device.  My contract is up in June and let me tell you,  Sprint is getting the boot big time.  My eyes checking out the latest Android phones and perhaps the ease of use with Synergy may knock my vision back to webOS.